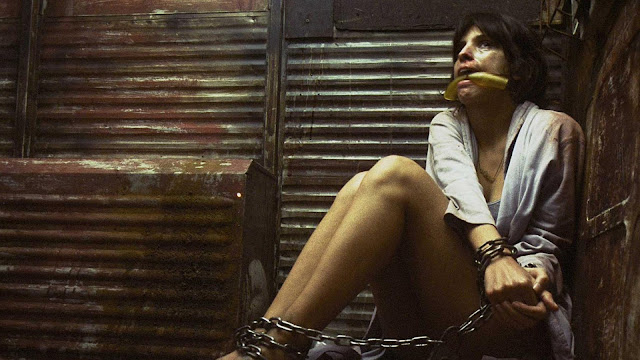 "You're kidding me, right?"
"Um, so what just happened there?"
"Could we just start over or something?!?"

No, this is not the transcript from Kanye West and Kim Kardashian's honeymoon. These are the immediate reactions that I had at the end of this ridiculously sloppy and haphazardly made French home invasion slash psychological thriller, High Tension. To call this movie a disappointment would be a colossal understatement. In fact, a better description for this bloody mess would be "a huge and utter waste of time." SPOILER: It sucks.

The story begins with a scene of a bruised and bloody young woman (Cecile De France, who plays Marie) running through the woods and into the street where she forces off the road a driver who (my goodness!) is smoking a cigarette. (We know he is smoking a cigarette because the director, Alexandre Aja, lovingly shows us the butt between the man's fingers as he holds the steering wheel and, well...steers. Obviously this film is meant to be fine art, ladies and gentlemen. So let's pretend.)

Cut to this same woman complaining in the back seat of another car while her female friend drives down increasingly rural highways on their way to the friend's family home. It turns out that the two women are in need of some quiet time to complete their studying, and the converted farmhouse in the middle of nowhere seems to be the perfect place to do so. But alas, it is also the perfect place to become serially killed. As in, "Who let the psychopathic murderer in?"

The answer is dad, who is the first to go. However, papa's demise is such a brutal and yet ridiculously unbelievable scene that it should have been a warning to the director that this ship was sinking. Instead, the audience is put through the ho hum paces of hiding, stalking, slashing, escaping, capturing and confronting. It is all pretty familiar except for one small thing. Really miniscule, actually. It is that NOTHING WE WATCHED MAKES ANY SENSE. Want to know why? Because there is a PLOT TWIST.


And when I say plot twist what I really mean is that there is a development in the third act that is so tacked on and stupid as to make the rest of the movie completely nonsensical. In fact, I defy you to watch this movie and come away with anything resembling closure, because gang, it's not going to happen. What is meant to be the film's A-HA! moment fizzles into an absolutely maddening YOU MUST BE JOKING! moment. As the credits began to roll, it was impossible for me to feel anything about this movie other than misled and cheated. And cheated is the right word, as scenes from earlier in the film are deliberately changed or ignored in order to make this stupidity "work."

There is not a single character in this film that gives the viewer any real rooting interest. There is a little brother in the home whose presence is not needed for any sort of plot or character development and therefore could have been excluded from this gruesome story instead of being used as a lazy way to garner the audience's empathy. And the killer is so stereotypical as to be a caricature of what non-horror fans must imagine these types of villains to be.

The basic effect of watching High Tension is the same as being forced to watch your fifth grade nephew's unrehearsed magic show: the flourishes are all there, but the magic is not.

It's okay when a story reaches for a goal and falls short. Genre films have been doing this exact thing for decades. But creating a film with a plot development that is so contrary to the rest of the movie that it leaves the audience feeling duped is not only disappointing, it is aggravating.

And that's a twist that Mr. Aja should have seen coming. 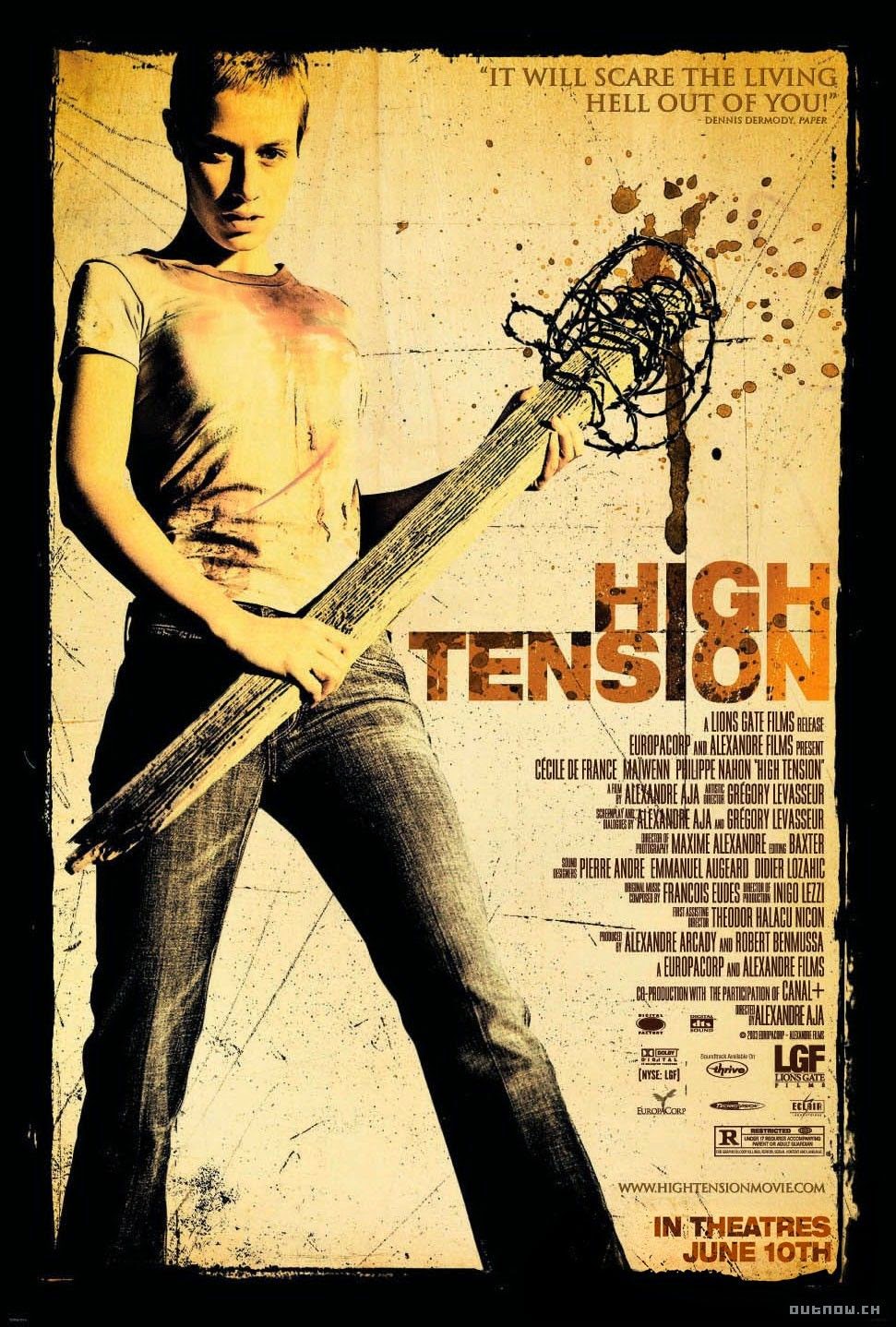