THE LOVED ONES...Gritty in Pink 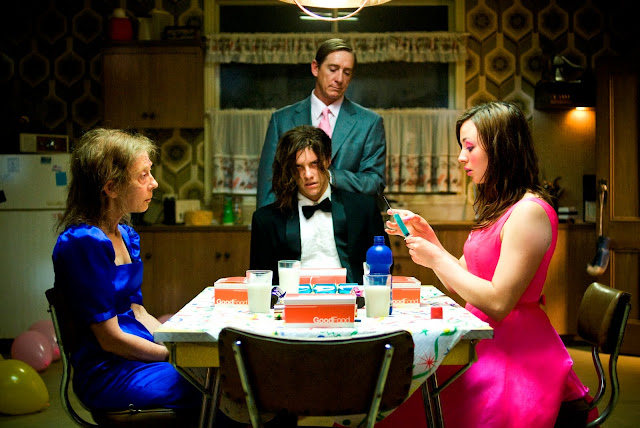 Getting a date for the prom can be hard.

First you have to find someone cute. Then you need to build up the courage to ask that person to go with you. And then if you get rejected you have to get your father to chloroform them in a secluded area and drag them to your house so you can tie them to a chair and force them to celebrate the night with you in your whacked out, dysfunctional family's kitchen.

And don't even get me started on that whole "what to wear" thing. Seriously. It's a nightmare.

The Loved Ones is the first feature film written and directed by Australian Sean Byrne. It tells the devilishly fun tale of an outwardly meek high school student named Lola (Robin McLeavy, whose evil sweetness is absolutely captivating onscreen) who has developed a tried and true method of procuring a date with whichever boy she happens to have a crush on at the time. That the method usually includes kidnapping, body modification and power tools is probably why none of these "dates" ever ends well. At least for the boys.

Enter Brent (Xavier Samuel of 2012's Bait) a long-haired, doe-eyed stud muffin if Lola ever saw one. Lola asks Brent to the prom. Brent tells Lola that he has a significant other. Lola stares quietly. Brent says "no." 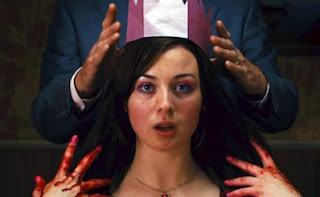 To give any more of the plot away would spoil the fun. And make no mistake, this movie is fun. For all the graphic scenes of violence this film contains (of which there are plenty) at its heart there is a wink-and-a-nod sensibility that has the viewer both rooting for the bad guys and waiting gleefully for their comeuppance.

The look of the movie is unique as well. Full of bright pastels (mostly Lola's favorite pink) and shot with an excellent depth of focus, what could have come across as a small, teen scream type of movie instead is expansive and interesting in every frame.

And the writing is intelligent. Yes, there are a few "plot twists" that are telegraphed pretty much from the opening credits, and a subtext that doesn't matter to the denouement. But the story itself is not just a "done it, seen it" kind of horror film. It has real characters populating crazy but real situations. (Okay, okay...crazy and "in no way could this really happen" situations, but come on. Play along.)

You could say that The Loved Ones is one of those rare movies that is made so well you can't help but like it. Which is good, because it deserves to be liked. Unless of course you've ever had your heart broken. With a carving knife. By a lunatic in a taffeta dress. Because then? 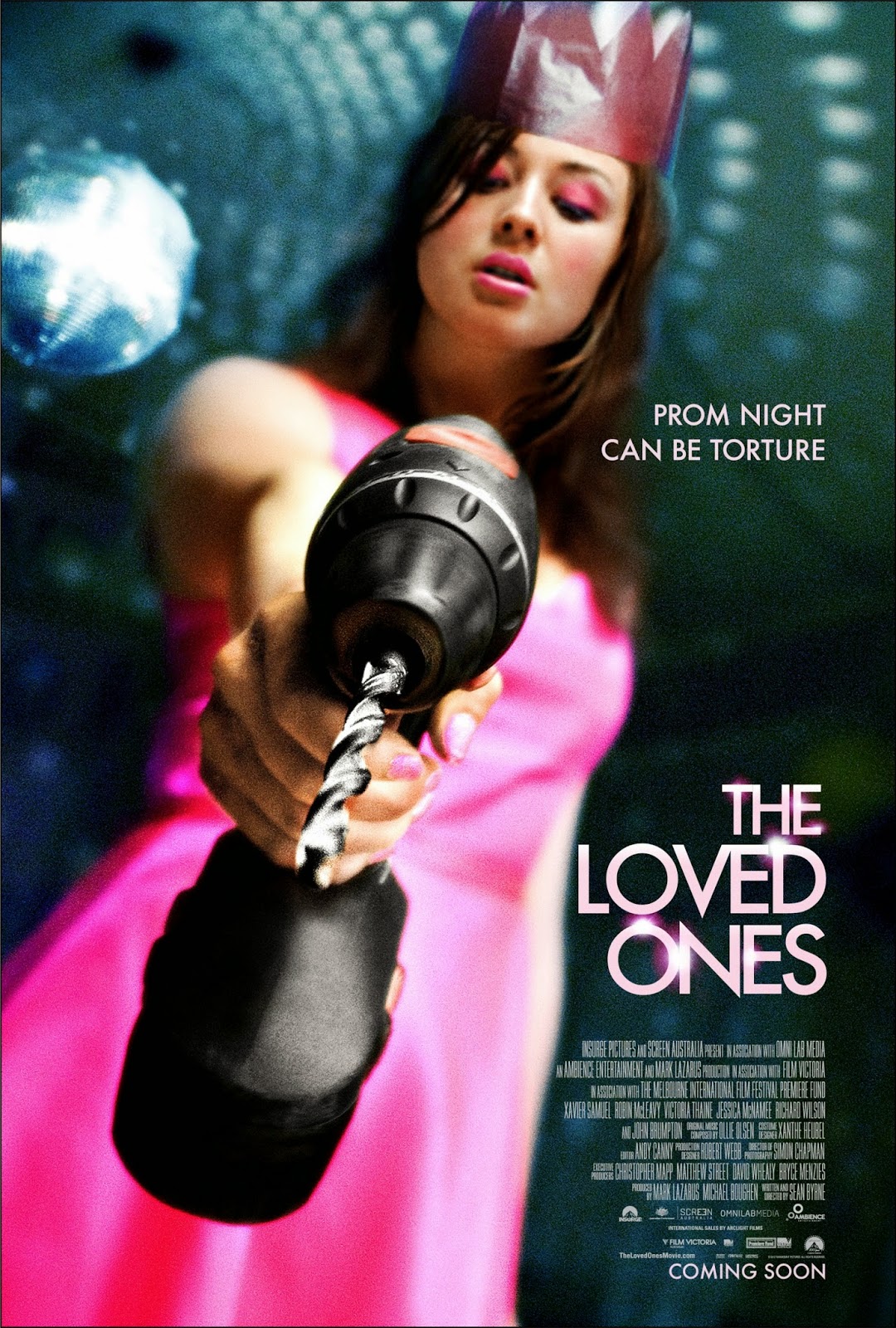 The Loved Ones Trailer