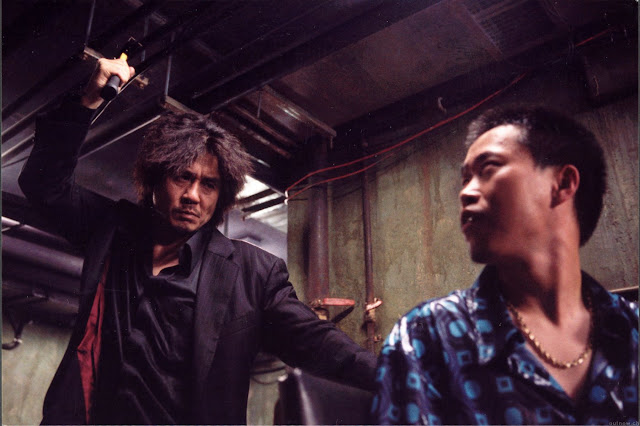 So this whole eating of the live octopus thing.

Do you mean to tell me that in South Korea I can walk into a restaurant and order completely not dead cephalopods to stuff into my mouth like water balloons with eyes? How would that order go, exactly?

"Yes, I believe I will have the squirmy and definitely still alive slimy octopi please..."

"Certainly sir. And how would you like your octopi not cooked?"

I've seen a lot of disgusting things in my life, but eating something that has the potential to block your airways with its wriggling tentacles might beat out "Twerking" on the puke-o-meter. (If you have a preferred word for intestinal distress, please feel free to clutch your stomach and scream it repeatedly here.)

So yeah, there's that.

But hey! Why don't we go ahead and talk about the movie. Because despite it's culinary indiscretions, director Chan-wook Park's psychological thriller is truly a feast for the senses.

Based on the manga of the same name, Oldboy stars Min-sik Choi (I Saw the Devil) as Dae-su Oh, a drunken slob of a man who is kidnapped on his daughter's birthday and held prisoner by an unseen malefactor for no apparent reason. For fifteen years he is completely isolated from the outside world in a room that looks surprisingly like the businessman's suite at a Ramada Inn. Spending his days watching television, working out, and narrating the movie, he still finds time to hallucinate and grow his hair into a Tina Turner 'do. Then one day, unexpectedly, Dae-su is set free.

And finds he has been framed for murder. 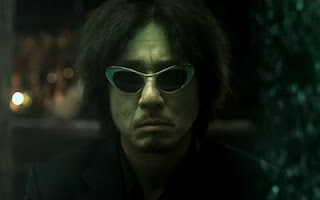 The mystery gets murkier when his kidnapper calls him with a bargain: if within five days Dae-su can discover the caller's identity and the reason for his stay at the Hotel California, then the caller will do himself in (probably asphyxiating himself on the main course at Nik-nack's Octopus Shack). However, if he fails to do so in that same amount of time, then his new and only friend, the young and beautiful Mi-Do, will be killed instead.


That's when everything gets all fists to the face and stuff.

Because you see, Dae-su had spent a lot of his time at the Roach Motel punching walls and kicking walls and well, generally being pretty unpleasant to the walls. So now he is all bad ass.

And so when the clues lead him to a place where he must "hi-yah!" his way through a narrow hall of muscled and motivated crew cuts with nothing but his trusty claw hammer and octopus breath to help him, he becomes the South Korean version of Lindsay Lohan. It is a one-shot scene, intricately choreographed, that lasts for what seems like a full season of "The Bachelor." But there has never been a more realistic or intense fight scene ever filmed. And like the cab scene in I Saw the Devil, it alone makes Oldboy a must-see for genre fans.

The cinematography of the film reveals a South Korea that is expansive, intriguing and violent. The screenplay is full of vibrant characters played by excellent actors. And the dialogue is realistic and provocative (even subtitled). But it should be noted that the film's main mystery once unraveled reveals a story that is distasteful and shocking. Even after the unforeseen payoff, you will be putting pieces together in your mind and cringing.

But that's okay. Because sometimes you just need to get out of your comfort zone, live on the edge, and experience things that you would normally find strange and repulsive.

I'll save the last tentacle for you. 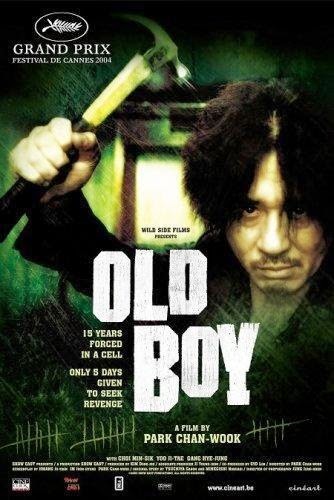