I SAW THE DEVIL...And A Spleen. And Some Arterial Fluid. And I Think A Severed Limb Or Two... 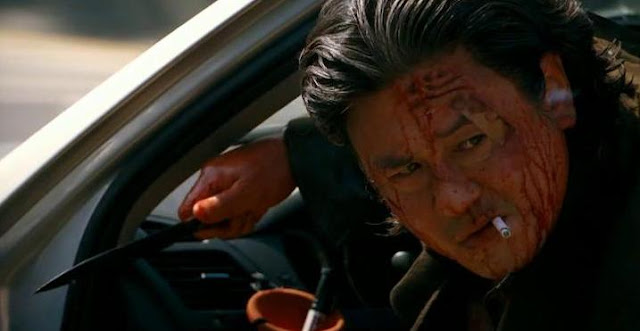 I Saw the Devil (NR) 2010
Korean with English subtitles

Every once in awhile, the universe decides to screw with you for no good reason. You wash your car and a thunderstorm rolls in. You leave the dentist's office and lose a tooth in your Cinnabon. You kidnap, rape and mutilate a helpless woman who is stranded in the middle of nowhere, and it turns out her fiancé is a highly trained secret agent who is determined to rearrange your major organs like a Rubik's Cube.

Some days, it just doesn't pay to put on pants.

I Saw the Devil, a South Korean crime thriller, is a film that explores the fine line between hero and villain. It is the tale of a violent psychopathic killer (Min-sik Choi) being pursued by a violent professional killer (Byung-hun Lee). It is a bloody, disturbing, and graphically intense film that is relentless in both it's pacing and in its all-too-realistic portrayal of human suffering.

Plus there's some pretty cool car crashes and stuff.

The story begins with the kidnapping. And the intensity of this scene and the kinetic way in which the camera captures it are both early warnings to the viewer that the story they are about to witness is going to sting a little bit. Balancing this early violence are scenes of the emotional turmoil experienced by the victim's father and fiancé as they search for her and struggle with the internal conflict of hoping both to find and not find her body. 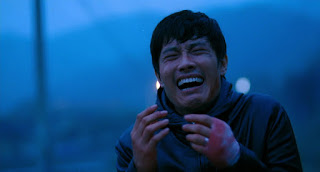 At this point, the movie could have easily deteriorated into a parody of the grindhouse revenge movies so common in the 1970s. (I Saw The Devil At The Last House On The Left Spit On Your Grave, perhaps.) But to its credit, the story becomes as poignant as it is extreme. And that's because of the interesting decision to closely examine the protagonist's motives and feelings as he straddles the line between cool revenge and frantic obsession.

Plus the whole car crash thing which I think I mentioned above.

There is one scene in particular in which three men, including the taxi driver, are trying to stab and strangle each other while swerving down a dark road in a speeding cab and at no time does the driver attempt to turn off the meter.

The characters in this film are memorable to the point of familiarity. They seem like people we know. The acting is superb and conveys a subtlety that makes the intensity of the violence on screen vivid and real. And the plot is coherent, intelligent, and in the end, satisfying.

I Saw the Devil may end up being the most graphically violent movie you will ever see. But it will also be one of the best.

Especially if you enjoy car crashes and stuff. 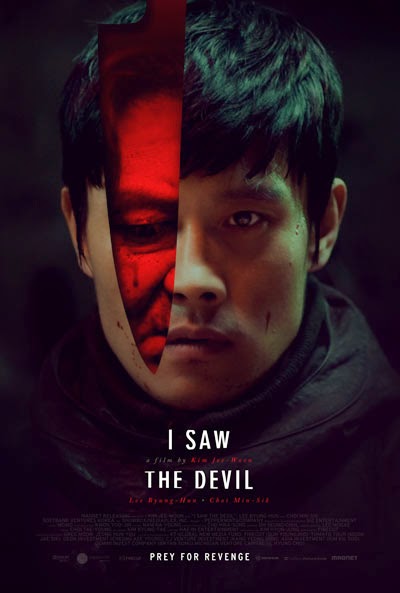 I Saw the Devil Trailer

This is definitely a MUST-SEE if you like these kinds of movies. One of the best for sure!

It's in my personal Top-5 for sure. Thanks for your comment!