ANTICHRIST...50 Ways to Cleave Your Lover 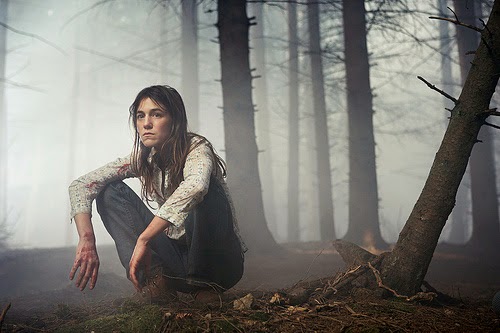 All the cool kids were doing it. That's really my only excuse.

I was a sophomore in college. I was impressionable. And they told me it would expand my mind and make me feel things I'd never felt before. That I'd see amazing colors and hear beautiful music. But they failed to mention the nightmares. Or the panicked confusion. Or the uncontrollable urge to throw up.

But once I realized how much I was hurting myself, how much irreperable damage I was doing to my brain, I took control, quit cold turkey, and never looked back.

Because you see, after 30 years of being away from that scene, I suddenly felt compelled to do it again. I didn't want to, I swear. I knew from friends that I was going to see talking animals and acorns falling from the sky. But I couldn't help myself. I'm ashamed to say that in a moment of weakness, I fell off the wagon and watched *gasp*...


That momentary lapse in judgement resulted in me staring blankly at Lars von Trier's ridiculous ode to girl cooties, Antichrist. It is a "horror movie" in the broadest sense of the term, and mainstream critics LOVE it. When that happens, it usually means one of two things: that the film is either pretentious and artsy, or convoluted and indecipherable. So you may be surprised to learn that this misogynistic mishmash of graphic horror and pop psychology is not either of those things.

It is, however, both of those things.

Come suffer with me, won't you?

The story begins as most art house films do: with a couple having sex while their baby jumps out a second story window and dies. (I know. Been there, done that, right?) But the twist is, well. Okay. I'm not sure. 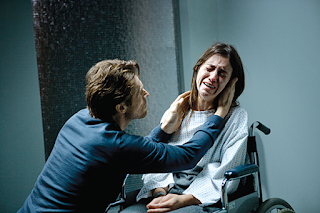 So anyway, the main characters known only as "She" (Charlotte Gainsbourg) and "He" (Willem Dafoe) are grief-stricken to the point that She must spend a little or some or maybe lots of time in the hospital to recover. I'm sure the screenplay must have made reference to the space of time, but it was hard to hear over the sound of me not caring.

Eventually the world's worst therapist (He) is convincing his wife (She)...and yes, just typing that is making me want to punch a kitten in the face...that the hospital she is in and its silly notions of "modern medicine" and "antidepressants" is harming her ability to have more sex, I think.

So he (He) takes her (She) to their cottage (Cottage) in the woods (Can You Tell I Hate These Movies?) and begins his own therapy, which apparently consists of method acting, monochrome flashbacks, and having sex, I think.

There is also the mandatory point-to-be-made which seems to be that nature is evil, and women are close to nature, so women like having sex and mangling any human reproductive organs within a five mile radius. At least that's what I got out of it.

There are also scenes of graphic horror that are truly disgusting, such as the worst manual pleasuring in the history of the world and what I like to call the "you may need that later" scene. And since it's an art house movie, the sex is "wow, those actors must really like each other" realistic. But the film is so murky with symbolism that it's often hard to decipher what's happening onscreen or why we have to live in a world where this movie exists.

So heed the warnings and be careful. Today, it's "just" an art house movie. Tomorrow, you're stepping up to improvisational acting classes. And then before you know it, you're in the middle of a circle of your closest friends trying to explain between tears that you could quit writing stream of consciousness poetry anytime you want. 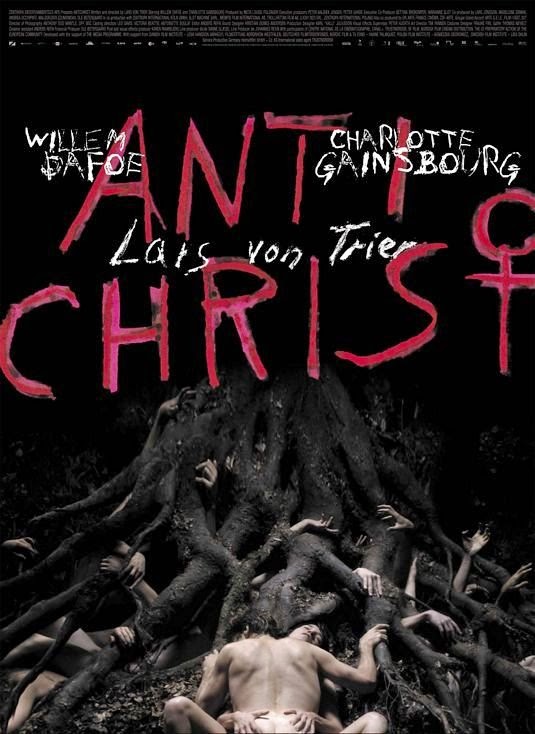 Okay, the movie is a little artsy. But I liked it. It's somewhat haunting, and it's one you don't easily forget!