THE HUMAN CENTIPEDE 2 (FULL SEQUENCE)...Black And White And Dread All Over 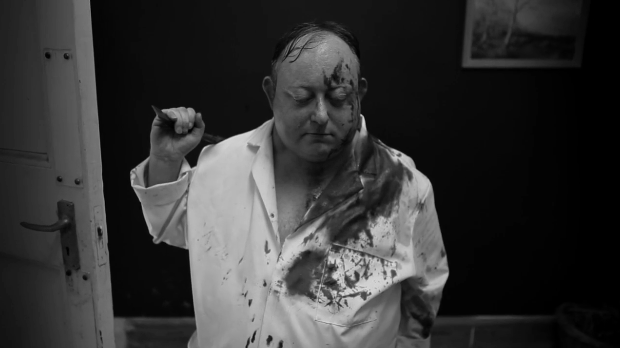 So you're thinking about watching The Human Centipede 2 (Full Sequence) on the old DVD player tonight, huh? Maybe turn out the lights, grab a pizza or whatever. Sounds fun. Oh, just one thing.
It was nice knowing ya.

What's that? You've been watching horror movies since you were in utero and have seen everything from a melon baller disembowelment to self-decapitation with a spork? Really? You know what I have to say to that, tough guy?

I freaking DARE you.

That's right. Because The Human Centipede 2 (Full Sequence) is not like any movie you've ever seen. It's a never-sleep-again, what-the-hell-was-I-thinking, black and white horror circus. You hear what I'm telling you, Loretta?

It will hurt you.

Why are you laughing? Yes, of course I know it's just a movie. But it's "just a movie" the same way a frontal lobotomy is "just a procedure" or Ozzy Osbourne is "just confused." You really don't get it, do you? 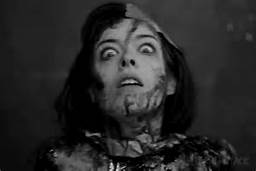 Okay, what if I told you that instead of three people being joined anus to mouth as in HC1, this movie boasts TEN people riding the hiney? And they're not sewn together surgically in a sterile environment, but pretty much just duct-taped and stapled together in a bacteria infested warehouse while they're awake.

And you know what?


THAT'S NOT EVEN THE GROSS PART!!!

You see, Martin (played by Laurence R. Harvey, who I am convinced must be a lunatic in real life) is a doughy, sexually repressed man who lives with his mother in a flat so disgusting it makes Travis Bickle's place look like Disneyland. Working as a watchman at a parking garage, he fills the mind-numbing hours by repeatedly viewing his favorite film (you guessed it) The Human Centipede (First Sequence). Completely consumed by the movie, he makes up his twisted mind to bring it to life in an even more detestable but spectacular fashion. (Hence the added mouths and anuses.)

What follows is a set of events so graphic, disturbing, and nightmarish that no amount of chemical peals will ever burn the residue off your skin. The lack of any musical score, the minimal dialogue, and the voyeuristic camera angles only heighten the sense of disgust that permeates this movie like a discarded tampon in a wade pool. One does not just watch The Human Centipede 2 (Full Sequence). One lives with it.

So turn off the lights, sit back, and push "play" on the remote. Breath deeply and screw up your nerve. Because you are about to view one of the single greatest horror experiences of your once happy and carefree life. But just one thing.

Don't say I didn't warn you. 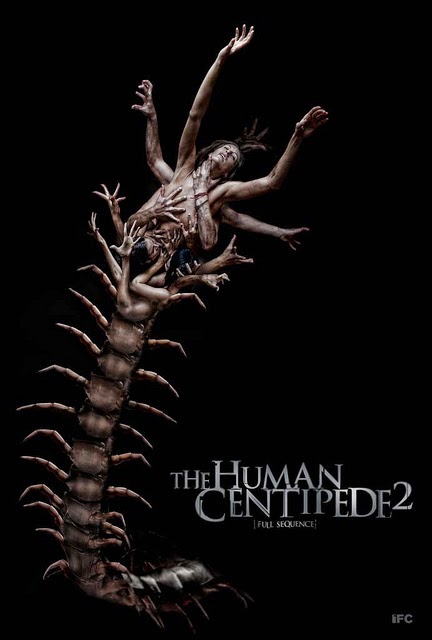