TOKYO GORE POLICE...Armed To The Teeth 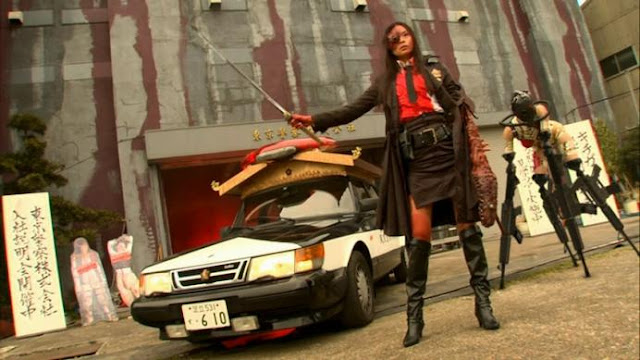 Trying to top the carnage of his earlier films Suicide Club (2001) and Noriko's Dinner Table (2005), Yoshihiro Nishimura goes full-bore gore in this mutant military mashup that falls squarely between Blade Runner and Ichi the Killer.

Visually it's a gore-hound's wet dream, though the plot is so convoluted that even David Lynch is scratching his head in disgust.

Starring Eihi Shiina (Audition), Tokyo Gore Police tells the touching tale of a young female officer in Japan's privatized police force who seeks justice for her murdered policeman father while hunting down humans who have been mutated by a manufactured virus that when ingested causes them to grow various deadly weapons from their injury ravaged bodies and go on killing sprees.

That's the first ten minutes. It gets confusing from there.

But let not your heart be troubled, Chatter Chums! This movie's plot is just an excuse for Nishimura to splash as much viscera onto the screen as possible. (As if he needed an excuse for that.) 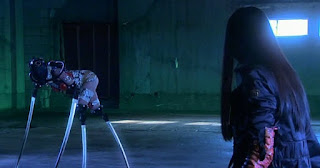 There are graphic scenes of dismemberment and decapitation. There are scenes of characters getting sliced in half. There are boobs that spew poison (really), a weaponized penis (for real) and a vagina with tooth-infested jaws (why would I lie?).

It's pretty much a live action version of pictures you'd find doodled in the margins of any slightly depressed 15-year-old boy's geometry notebook.

The violence onscreen is so ridiculous it's hard to know whether to laugh or to throw up. And the plot is so impenetrable you could spill water on it and not lose a drop.

So after that lengthy description I know there is still one question bouncing around in your befuddled brain. "But Mr. Chatter," you wonder. "Is Tokyo Gore Police a good movie or not?"

To which I can only respond, "Which part of  'poison spewing boobs'  did you not understand?" 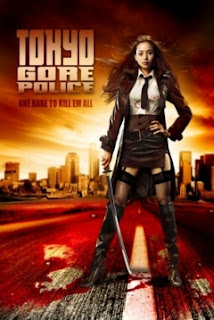