LAID TO REST...Death by Stupidity 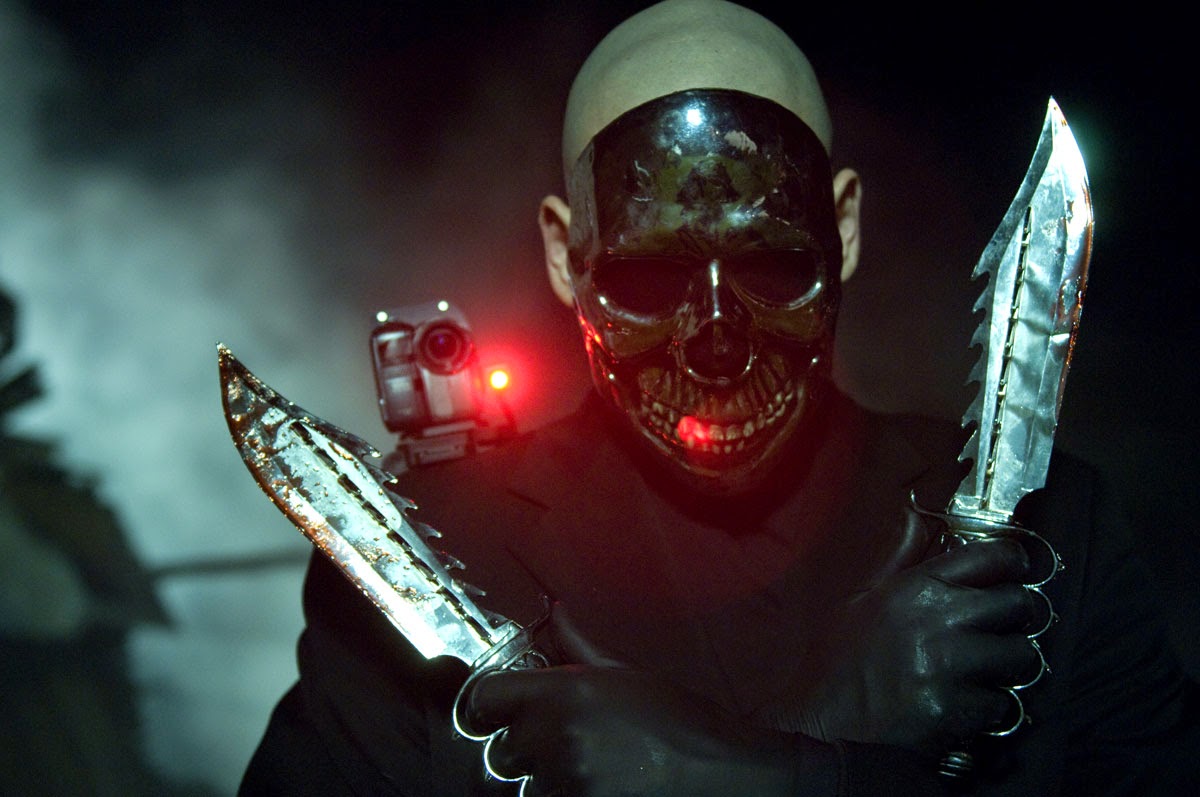 I loved everything about this movie, except maybe the acting. And the characters. And the plot. And the dialogue. And the pacing. And that it made me want to bash my face in with a tire iron.

In short, Laid To Rest is the most awesome piece of film making I have ever seen, if by "film making" you mean "oh my god, somebody kill me."

You're still reading? Okay, whatever.

A girl without any recollection of who she is escapes from a sealed casket inside a funeral home. (This scene is probably the best part of the movie and lasts about seven seconds.) She is pursued by a tall man wearing a turtleneck and blazer, and a metallic mask which has been super-glued onto his face. (Don't try this at home. It still hurts to blink.)

The tall man's name is "Chromeskull," which we know for a fact because he is the first masked killer in the history of the world with vanity plates. (No, seriously.) Chromeskull's weapons are two hunting knives that look like props from an evil version of Pee Wee's Playhouse and a bulky video camera circa 2001 which he wears on his shoulder like a red-eyed parrot. He does not talk, but has a cell phone that "speaks" for him with the voices of women he's slain. (No, seriously.) 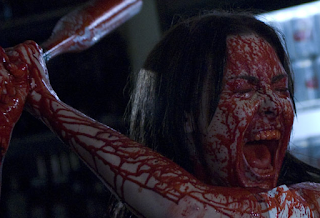 For the next seventeen hours of the movie (though it feels longer), people with guns don't shoot, people in cars don't drive away, people in houses don't lock themselves in, and people with common sense don't exist. Chrome-dome simply wanders around Podunk waiting for the dumbest people on Earth to stumble into arm's reach of his nasty knives so he can saw the stupid heads off their stupid bodies. Which he does. Nastily. Really, really nastily.

The kill scenes in this movie are ridiculous.

Deaths are surprisingly violent. The gore is visceral (sometimes literally). And each kill is uniquely disgusting. It's obvious that a lot of care went into the creation of these set pieces. Unfortunately, the same cannot be said for any other aspect of this turkey-burger.

Bobbi Sue Luther (the Girl) was apparently the director's main squeeze, and her "acting" skills suggest she has more talents in that area. The plot is a convoluted mess. The back story is muddled and indecipherable. And the "twist" doesn't reveal anything even remotely meaningful.

But man, those kills are awesome.

So here's my suggestion: Get a copy of Laid To Rest and grab the remote control.

Fast forward until you see a knife, hit play, and while the movie is running try not to listen to any dialogue, pay attention to the acting, or wonder why the bad guy is wearing Frankenstein's clothes. Just sit back, relax, and watch as a stupid person gets sliced up like a Christmas ham.

I promise by doing so you will receive the most enjoyment out of this otherwise awful movie and experience a minimum of throwing things. Of course, you could also watch the whole thing to see if it's really that terrible. But if you do, allow me to make one more suggestion. 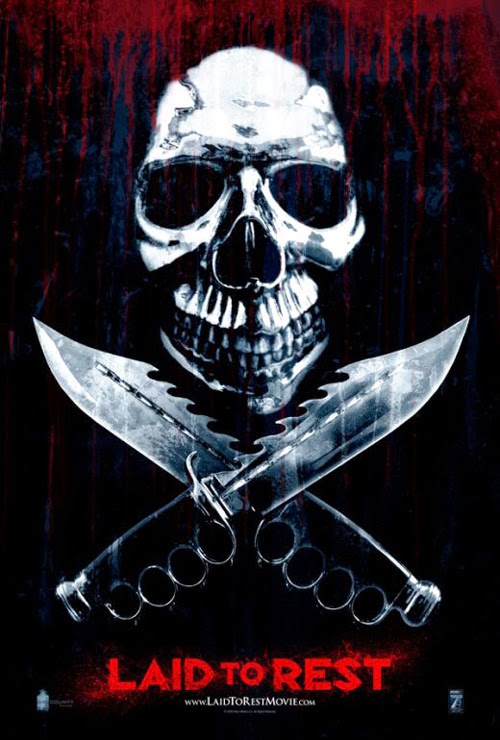