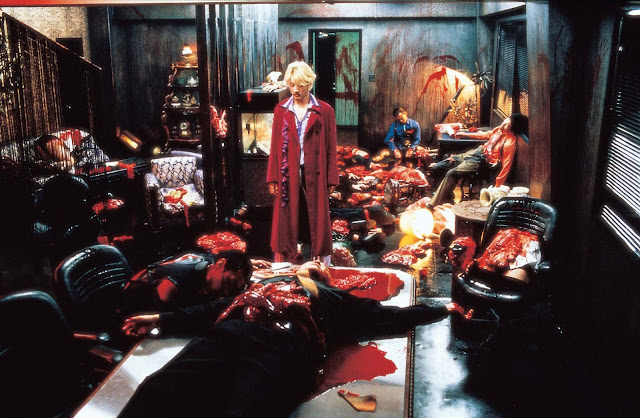 There is no subtle way to say this, so let's just dive right in.

If you see only one movie with its main title rising out of a pool of semen, disembodied faces sliding down walls, and tongues being sliced off by their owners this year, make it Ichi the Killer, one of the most viscerally disturbing films ever made and perhaps the most notorious.

The ratio of severed human body parts to frames of film in this cinematic abattoir has got to be close to 1:1. It took several minutes of searching to find a movie still that didn't contain gallons of blood or dripping gore. There is more graphic violence in the film's trailer than there is in most full-length feature films. (I think I've made my point.)

But what is most incredible about Ichi is that while it's chock full of video nastiness, it is not just a mishmash of squirm shots and death scenes. There is an actual story being told here with a fairly interesting, albeit sometimes confusing, plot.

Ichi the Killer is based on a Japanese manga of the same name written by Hideo Yamamoto. It is the story of a syndicated crime gang searching for its missing crime lord, Anjo, and the three million yen that apparently went missing with him. Unbeknownst to them however, Anjo did not scurry away with the cash and a certain lady friend, but was brutally murdered in his flat by the mysterious "Ichi." The reason the gang doesn't know this is because all the evidence pointing to the bloody deed was immediately cleaned up by three enterprising but petty criminals who also took the cash. Led by Jijii, a seemingly unassuming man who in reality is an evil manipulator, the three have discovered this to be an effective way of stealing from the yakuza without getting caught. Jijii simply manipulates Ichi into doing the dirty work and then slips in with his cronies and takes what he wants. 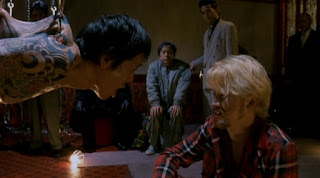 The most enigmatic character in the film is Kakihara, possibly the best-dressed sadomasochist of all time. With a shock of blond hair and scars from head to toe, the gang's number-two man and enforcer is death in a purple coat. He craves pain to the point of distraction and therefore has no empathy for those he tortures as he tries to extract information that will lead him to his beloved boss. It is the inevitable collision between Kakihara and the masochistic Ichi that fuels the plot and drives the story forward.

The world these criminals and miscreants populate is also interesting, as director Takashi Miike (Audition, Imprint) consistently fills the screen with vibrant colors and eclectic movement. (Imagine "Joel Schumacher's Batman meets Friday the 13th's Jason" and you're on the right track.) But it is this same choice of spectacle that causes the film to feel so confusing.

There are very few moments for the audience to catch it's collective breath and piece things together. Plot threads are introduced so quickly and haphazardly (remember, the source material for this is Japanese manga) and the violence is so graphic and pervasive that subtlety is abandoned early on. Any shock value the movie may have had is lost in a sensory overload caused by constant blood spray and viscera making the proceedings seem overly long. (And clocking in at 129 minutes, it probably is.)

And still, Ichi the Killer is unique in that it is a mediocre movie that is a "must see" for any self-respecting gore enthusiast. The ingenuity and technique used to film the most graphic scenes can only be appreciated in the context of the film itself. Watching it is more than an entertainment. It is an experience.

But much like visiting the Biggest Ball of Earwax or getting a tongue-piercing, it only needs to be experienced once. 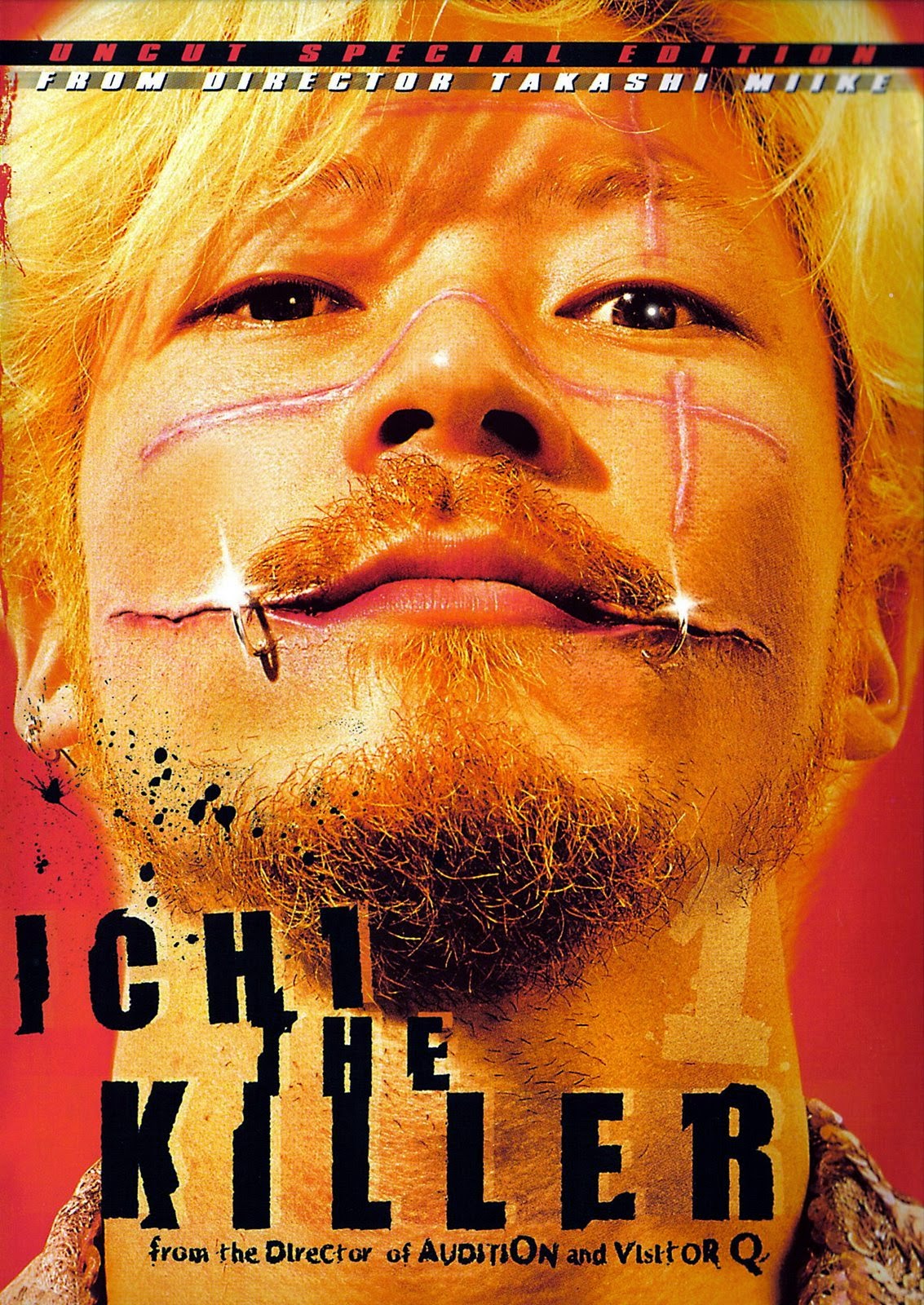